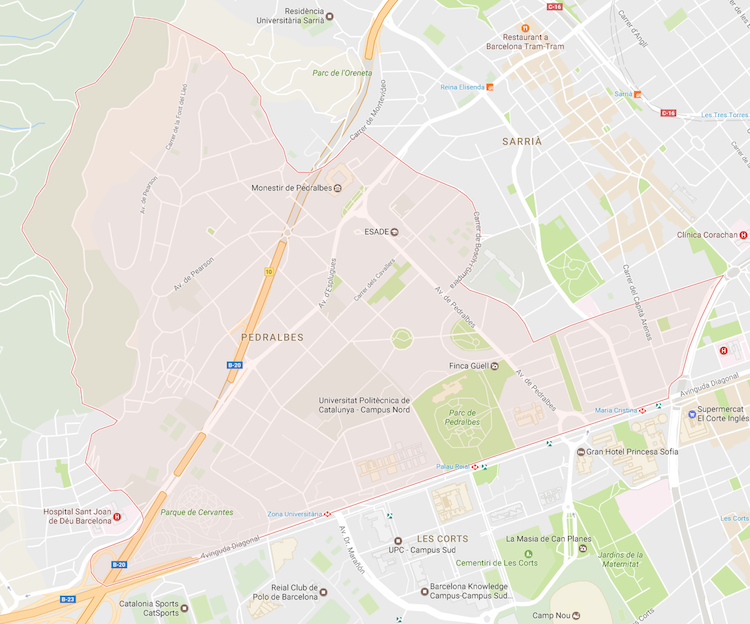 Since 1327, and the founding of the Royal Monastery of Santa Maria at the behest of Elisenda de Montcada, wife of James II, Pedralbes has been inextricably associated with royalty, wealth and influence.

​Nearly every house has a swimming pool in its backyard.

A local wag dubbed it the Beverly Hills of Catalunya.