It’s a bustly area with a huge range of shops, some very good inexpensive restaurants, scores of cafés, bars, two markets, a 4000 seat football stadium and a cultural centre.

Camp d'en Grassot — between Travessera de Gràcia and Carrer de Rosselló —  embraces the upper section of Passeig de Sant Joan which often hosts events such as craft food and drink markets, art exhibitions, music and dance concerts, swap meets and the occasional sopar popular and is now the temporary home of l'Abaceria Market — while the building in neighbouring  Vila de Gràcia is being refurbished.

On the intersection of Carrer de Indústria and Carrer de Sicília you’ll encounter an interesting building — La Sedeta (the silk mill). Built in 1899 and in use until 1976, the mill was acquired by the Ajuntament (City Hall) in 1978 and artfully converted into a secondary school, civic and cultural centre, bar-cafeteria and recreation area.

Gràcia Nova — the more modern area above Travessera de Gràcia — hosts L'Estrella market and a Guardia Civil barracks — one of three barracks within the city — and Nou Sardenya football stadium. 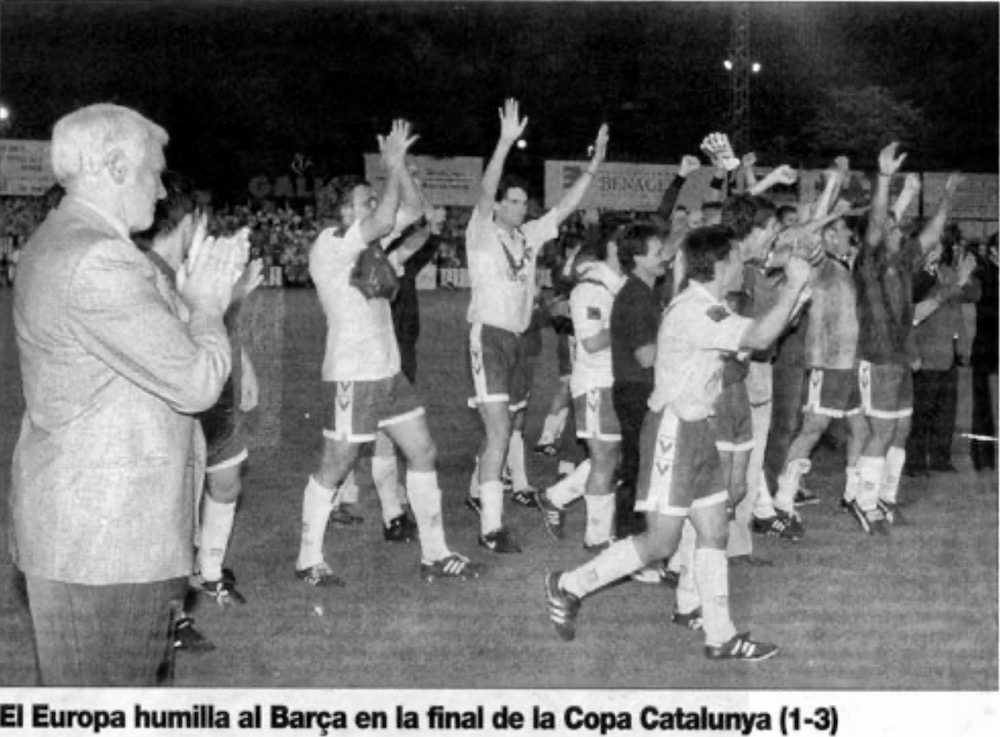 The locals are friendly and have become very adept at deploying a repertoire of hand signals and several mangled languages to explain precisely where and how far the Sagrada Familia is.

…then you are perfectly situated for exploring the rest of the city. Public transport connections are excellent.

Stroll 10 minutes one way and you're at the Sagrada Familia. Stroll​ 10 minutes in the opposite direction and you'll be at the heart of ​Vila de Gràcia.

La Pedrera and Casa Batlló are within an easy 25/30 minute stroll, and Sant Pau Recinte Modernista is one or two stops on the bus or metro. And Park Güell is one stop or two stops on the metro from Verdaguer or Joanic (Line 4) to Alfons X to connect with the free shuttle bus to the park — or a few stops on the V19 bus.

Equally, bus connections to the rest of the city are very good.

…in the city then there's nothing that special you'd miss — nothing you really have to see — if you didn't visit. You may find yourself strolling through our barri on your way to or from the Sagrada Familia.

Joan Laporta, the former, and esteemed, President of FC Barcelona, grew up here — his parents used to live just across the street from our apartment. He still keeps one of his cars in the underground car-park just off Passeig de Sant Joan, and he occasionally pops into Pep's (Bar Oller — now Junior's), on the corner of C/Còrsega and Passeig de Sant Joan, for a swifty.

Club Esportiu Europa football club has its Nou Sardenya stadium here. Established in 1907 the club was one of the founding members of La Liga in 1928. Although currently in the Third Division, locals have never forgotten the glory days of the 1990s when CE Europa twice beat FC Barcelona in the final of the Copa Catalunya.

Montesa motorcycle factory as was on Carrer de Còrsega, Barcelona.

From mid-June to the first weekend of July.

Markets: You have a choice of two food markets:

L'Estrella, in Gràcia Nova. Here is a link. ​

L'Abaceria, at the top of Passeig de Sant Joan. A link to more information: HERE.

Ramona, on Carrer Roger de Flor, opposite Can Josep's.

Dolce Pizza & Los Veganos. A link to a Spotted by Locals writeup by Cris Rosique HERE

Cinema: Although there is no cinema in the neighbourhood there are two cinemas which screen movies in original language (V.O.) close by:

C.E. Europa: Known as the Escapulats (an escapulat is the Vee form as worn on the team shirts)

The club also fields a very competent female first team, and if you time your visit right you can watch a women’s game either before or after the first team matches — your ticket covers all matches played on the day.

The stadium has a good little café-bar, Chus (after the owner), serving beers (including a local craft beer — Birra de Gràcia), tea, coffee and a full range of hot and cold snacks at reasonable prices.

An Eskapulat is a member of the hard-core supporters group — or penya. They occupy the terrace behind the goal near the entrance on Carrer del Secretari Coloma.

A Cavaller is a member of the older, wiser group of supporters — or penya — who, quite sensibly, occupy the bar area.

A soci is a paid-up member of the club.  An abonat is a season ticket holder. A gracienc is a resident of Gràcia.

If you enjoy quality, entertaining, meaningful football at a sensible price then you'll find a visit to Nou Sardenya stadium will prove a wise investment of time and money.

When I took my English son-in-law to Nou Sardenya for the first time as we entered the stadium he remarked, "Well, this is all very civilised." And it is.

La Sedeta (the silk mill), between the intersections of Carrer de Sant Antoni Maria Claret, Carrer de Indústria and Carrer de Sicília, is an interesting building. Built in 1899 and in use until 1976, the mill was acquired by the Ajuntament (City Hall) in 1978 and repurposed as a secondary school, civic and cultural centre, cafeteria and recreation area.

The Secret Life of the Menú del Día

A pizza and a pint of beer for less than £4.60 in Barcelona