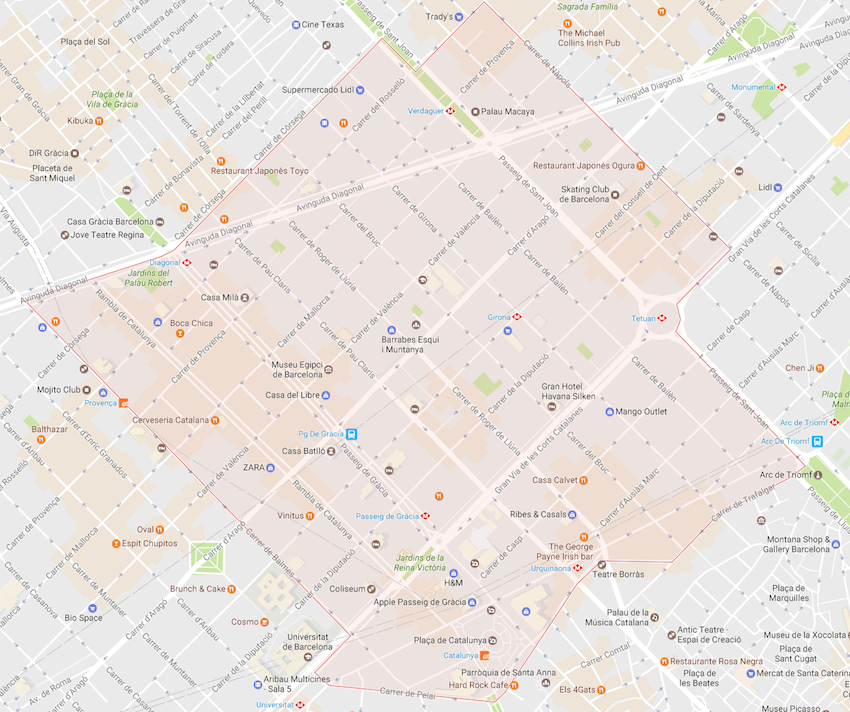 Dreta de l'Eixample is where you’ll encounter more than 150 of the city's Modernista buildings. The area is sometimes referred to as the Quadrat d'Or — the Golden Square — because of the abundance and quality of the architecture here.

This is where Utopian engineer, Ildefons Cerdà's plan for an expanded city began to take physical form. The first buildings were constructed here during the 1850s at the junction of Consell de Cent and Roger de Llúria.

Passeig de Gràcia is host to Gaudí's La Pedrera and La Manzana de la Discordia — the Block of Discord — where you'll encounter buildings by the three giants of Modernista architecture — Gaudí, Domènech i Montaner and Puig i Cadafalch.

You'll also find Casa Calvet, one of Gaudí's earliest buildings, at Carrer de Casp, 48. It is not open to the public but the building hosts a restaurant: HERE. 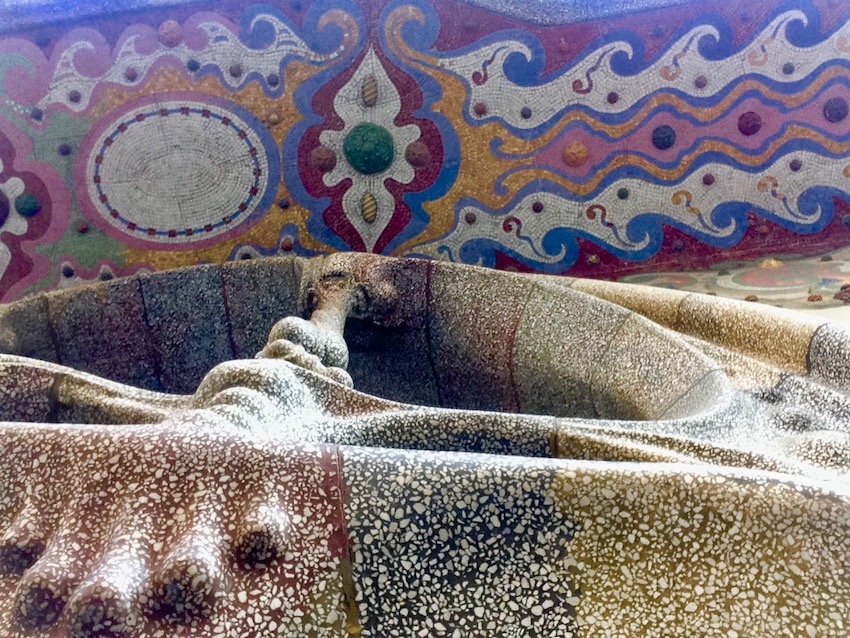 A detail of Casa Comalat

…consider yourself blessed —​ you've hit the jackpot — you're situated in one of the most fascinating urban areas on the planet. Hyperbole? No. I regularly walk from one side of the neighbourhood to the other — as I have for several years — and, guaranteed, every time, I'll find something old and overlooked, but something new to me.

You'll be in comfortable and interesting walking distance of the city centre, La Sagrada Familia, Barri Gótic and El Born. And Vila de Gràcia is a comfortable stroll, a quck bus ride, or one or two stops on the metro.

If staying elsewhere in the city

…you'll have no problems at all getting here — because the barri embraces Plaça de Catalunya all public transport options, including the Aerobus, except the Tram (and funiculars, obviously!), converge on this part of the city.

Salvador Puig i Antich, an anarchist militant, and last person to be executed by garrotte in Spain, was arrested here on September 25th, 1973, following a shootout with police on the corner of Carrer de Girona and Consell de Cent.

Ron Wood, of The Rolling Stones, has an apartment here on Passeig de Gràcia.

Joan Sales, noted Catalan writer and editor, and author of the novel, Uncertain Glory, recently made into the movie, Incerta Glòria, was born here.

Ramon Casas i Carbó, the influential painter and graphic designer, and one of Picasso's early mentors, lived and worked here at Passeig de Gràcia, 96, now yet another Massimo Dutti store.

Last week of May, with a programme of family friendly activities including parades, music, castellers (human towers) and havaneres (Cuban-Spanish balladeers) — well worth checking out if you’re in the area.

2017: May 26th—May 28th on Carrer de Girona between Diputació and Diagonal and Mercat de la Concepció. The neighbourhood’s annual celebration of all things Moderrnista, during which locals stroll around the streets in period costume, has come to overshadow and virtually replace the local Festa Major. You'll find stalls selling antiques, quality reproductions, old postcards, posters and prints, and an exhibition of vintage vehicles, plus a variety of food offerings, and lots of vintage entertainment. 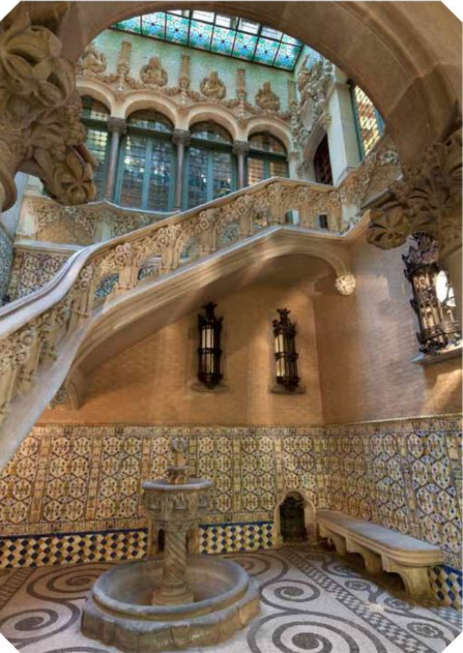 "DOWN WITH THE WALLS!" 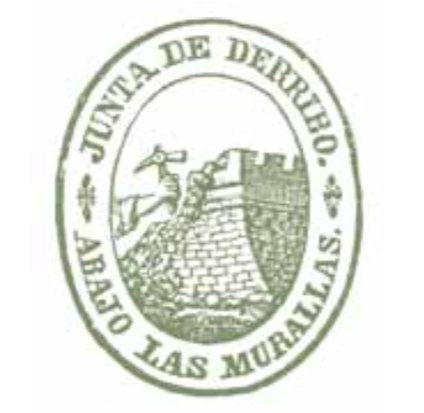 The single most important event to have shaped modern Barcelona was the demolition of the city’s medieval walls. It was a long time coming.

In the 1840s the old city’s population was around 187,000, or near 86,500 inhabitants per square kilometre. Factories, workshops, markets, artisans, industrial workers and haute-bourgeosie all shared the same cramped space. The cry went up, “Down with the walls!”

Between 1834 and 1865 cholera killed more than 13,000 residents. Life expectancy for wealthy residents was just 36 years — for industrial workers life expectancy was a shocking 23 years.

Following years of heated debate, street protests, and even a military bombardment, in 1853 the Madrid government announced a competition to design an expanded city. Controversially the government over-ruled the City Hall’s preferred local architect, Antoni Rovira i Trias and appointed the engineer, Ildefons Cerdà.

In 1854 the first walls were demolished and in 1860, Queen Isabel II laid the first stone of what became known as the Eixample (Catalan for ‘extension’).

Cerdà’s bold, futuristic plan looked to fill the wide open spaces between the old city and the neighbouring towns and villages between the rivers, Besòs and Llobregat, with a grid of streets. The area was four times the size of the existing city.

At the core of Cerdà’s scheme was the notion of blocks, or manzanas, with each block providing all the housing, shopping, educational, health and recreational needs of its residents.

In the course of researching his proposals Cerdà invented the both the term and the discipline of urbanization. He forensically determined what he considered to be the essential needs of future residents — even down to the amount of clean air and natural light each person would require.

He died in 1876, ten years before Karl Benz demonstrated the first petrol powered vehicle, and yet, as you explore the Eixample you’ll notice that the blocks have chamfered corners, or chiflans in Catalan. These were designed to allow drivers of vehicles which had not yet been invented, to have an unimpeded  view of what was happening on the streets to their left and right. The chiflans also allowed trams, which had not yet been invented, to turn corners.

His Utopian scheme facilitated an egalitarian way of life for city dwellers, with rich and poor, professionals, artisans, intellectuals and manual workers all living together in harmony. However, he did not foresee El Desastre, the Spanish–American War in 1898, the loss of Spain's colony of Cuba and the consequent exodus of wealthy plantation owners.

The displaced plantation owners had their own ideas about how they were going to live and who with, and they had money and influence, and a host of talented architects willing to oblige them. These wealthy families were dubbed los indiano. Many of the grand buildings on Passeig de Gràcia were built by the indianos.

Cerdà’s specification that the blocks should be no more than five storeys high was soon abandoned — and some of the new owners even built cupolas on their roofs so that they could literally look down on their neighbours. (Salvador Dalí, as was his way, claimed that the cupolas were built so that their owners could piss on their neighbours.) And, Cerdà's idea that each block should incorporate public educational and recreational facilities was ignored by these wealthy refugees. Los indiano built private classrooms, private cultural salons and reading rooms, and elaborate private chapels. They were determined to not have to rub shoulders with ordinary folk. Cerdà’s dream was dead.

This stoked local resentments — which finally boiled over during the Setmana Tragica (Tragic Week) — in July/August 1909.

Morryssom on the corner of Carrers Girona and Roselló. Write-up HERE.

Morryssom on the corner of Carrers Girona and Roselló. Write-up HERE.

La Paradeta, on Consell de Cent, near Passeig de Gràcia.​ My write-up of the original version of this seafood diner is HERE.

Palau Robert, at the junction of Passeig de Gràcia and Diagonal. WRITE-UP.​

Several sound reasons to seek out La Singular in Barcelona