The small hillside barri, La Salut is one of the most visited neighbourhoods in Barcelona. Why? Gaudí’s Park Güell.

As well as the Park there’s the Gaudí House Museum situated within the Park, and the interactive Gaudí Experiència, with its 4D cinema-ride, at Carrer de Larrard, 41 on the approach to the Park.

It's a curious, residential barri and…

…you'll feel a little out on a limb when it comes to visiting other parts of the city.

If you're happy to walk then Lesseps metro (L3 — Green) isn't so very far.

If you don't want to walk then you could always use the number 116 Bus — which will drop you at Lesseps metro station and Joanic metro station (Line 4 - Yellow) in neighbouring Camp d'en Grassot I Gràcia Nova.

In terms of grazing around and stopping off for a bite and a drink, it's a very quiet area and you'll likely spend much time walking to and from neighbouring Vila de Gràcia.

If staying elsewhere in the city…

…and it's your first visit, then you'll almost certainly want to visit Park Güell.

IMPORTANT: You cannot buy an entrance ticket at the Park — you'll have to book your ticket ahead of time HERE. The price of the ticket includes a FREE bus shuttle from metro station Alfons X.

You could take the number 24 Bus from Plaça Catalunya, or Passeig de Gràcia or Gran de Gràcia. Or, you could catch the V19 Bus. Both busses will drop you at the side entrance to the Park, from where it's a brief walk through the Park, downhill, to the ticketed (monumental) area.

However, the best, most convenient way o reach the park from the city centre is to use the metro — Line 4 — Yellow — to Alfons X where a FREE shuttle bus will drop you at the main entrance to the Park. 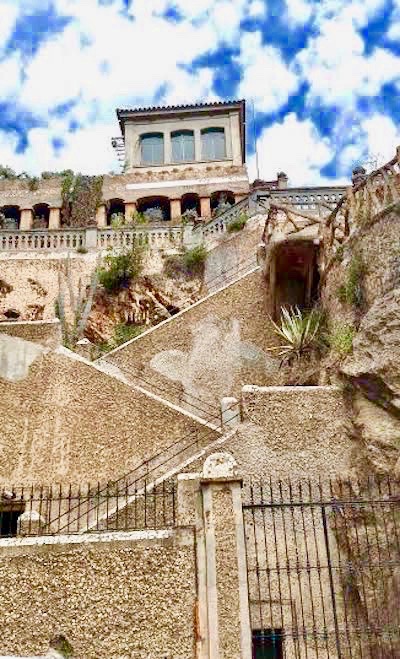 Andreas Corelli, the mysterious character in Carlos Ruiz Zafón’s bestseller, The Angel's Game, lived very near the entrance to Park Guëll, on the corner of Carrer d’Olot and Carrer de Mariana.

Dolors Aleu, the first woman in Spain to be licensed to practice medicine, was born here in 1857. A health centre in El Putxet i el Farró is named after her.

Ernest Lluch, the politician, lived here for a time while he was Minister for Health in the first post-Franco Socialist government between 1982-86. He was assassinated by ETA in 2000. There is a tram stop named after him in neighbouring L'Hospitalet de Llobregat.

Pompeu Fabra, the revered Catalan language activist, was born here in 1868. The well-known university is named after him. 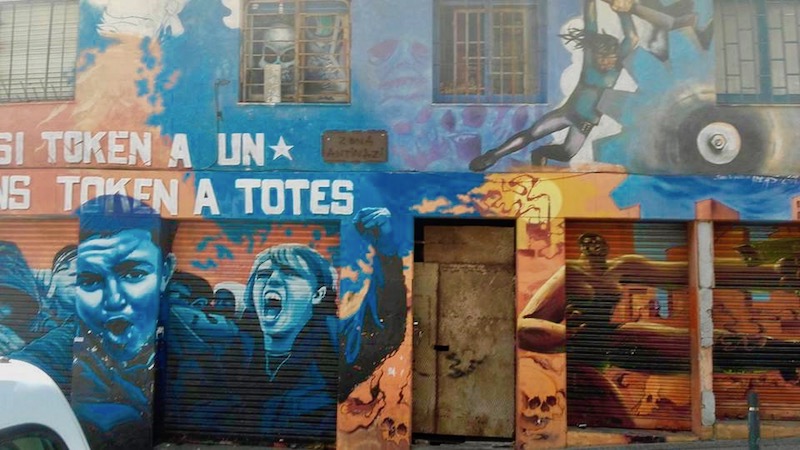 First week of September, culminating on the 8th, with a full programme of family friendly activities including parades, music, fire, castellers (human towers) and havaneres (Cuban-Spanish balladeers) — well worth checking out if you’re in the area.

Sorry, you're on your own here — I cannot currently recommend anywhere here to eat and drink. If you have any suggestions then please pass them on to me — and I'll investigate.

I suggest you wander downhill into Vila de Gràcia where you'll find many options for both lunch and dinner.

You could try Ta-Tung, a long-established Cambodian restaurant, which also serves Chinese and Japanese dishes. However, unless you can speak Khmer, French, Catalan or Spanish, or perhaps Cantonese or Mandarin, you will struggle to get precisely what you want. Carrer de la Mare de Déu de la Salut, 75. No website. (The Ta-Tang website is for the catering business.)

If you’ve made an early start and find yourself in the neighbourhood before the Park opens then Bar Restaurante La Salut, at Carrer de la Mare de Déu de la Salut, 16, (open from 6am Monday to Friday and 7am at weekends) is probably your best option for a coffee and breakfast snack. And, if you don't mind rubbing shoulders with humble locals, they  offer a cheap, basic menú del día.

If you want to try a calçotada, butifarrada, paella, or sopar popular in the company of neighbours then you could try La Miranda — the local cultural association. They organise events throughout the year. Here is their website: La Miranda.

Gaudí House Museum — Inside Park Güell. YOU DO NOT NEED AN ADMISSION TICKET TO THE PARK to visit the Museum. Open: Every day of the week from 9am through to 8pm. Admission: 5,50€. Or, as part of a combined ticket which also gives access to the Sagrada Familia: 24€.

How to use the T-Casual travel ticket in Barcelona

How long from Barcelona Airport T1 to City Centre?